Presented here for you, 200+ pages of Golden Age space exploration comics from the legendary Basil Wolverton.

Basil Wolverton was a world class illustrator, perhaps best known for his grotesque illustrations that were frequently featured in Mad Magazine.

At the start of his career, in the late 1930s, he produced two distinct (but nearly visually identical) series of interplanetary adventures. Space Patrol and Space Hawk. Space Patrol is a more traditional space adventure, in the style of Buck Rogers or Flash Gordon. Space Hawk is slightly more fantastical, clearly influenced by the popular super-powered heroes of the day. 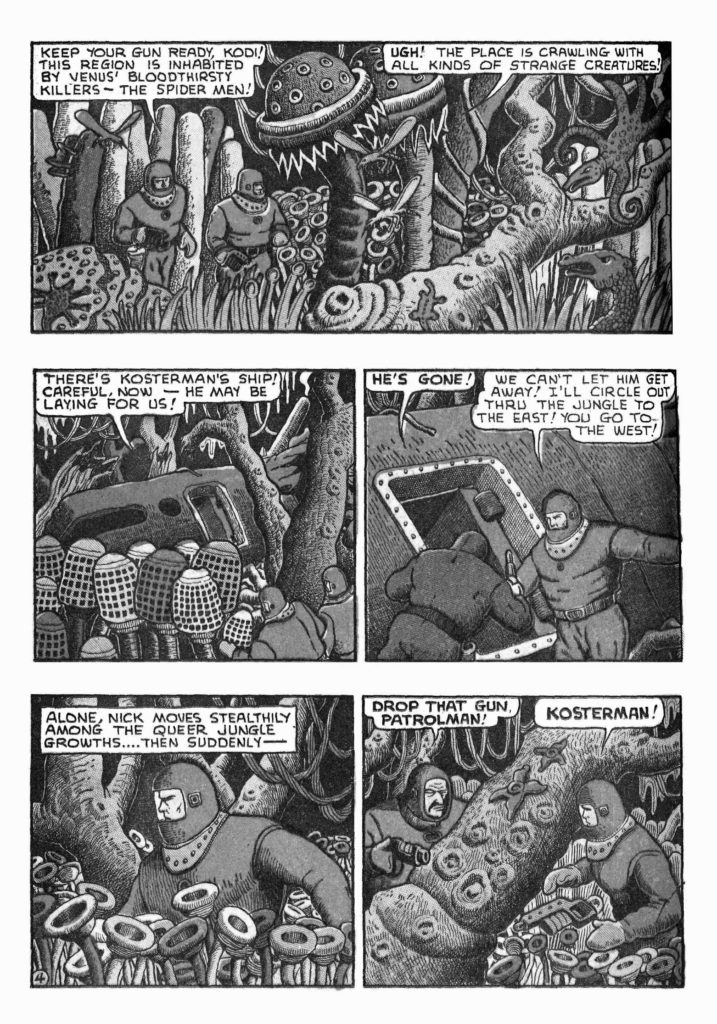 Both comics feature Wolverton’s immediately recognizable, and unforgettable visual style. His planets are beautiful, his monsters are grotesque, his heroes are square-jawed and nearly indistinguishable.

Towards the end of Space Hawk’s run, Space Hawk traveled back in time to battle Nazis in WWII. While this run of stories did feature a few outstanding moments, it was, by and large, much worse than the earlier Space Adventures. 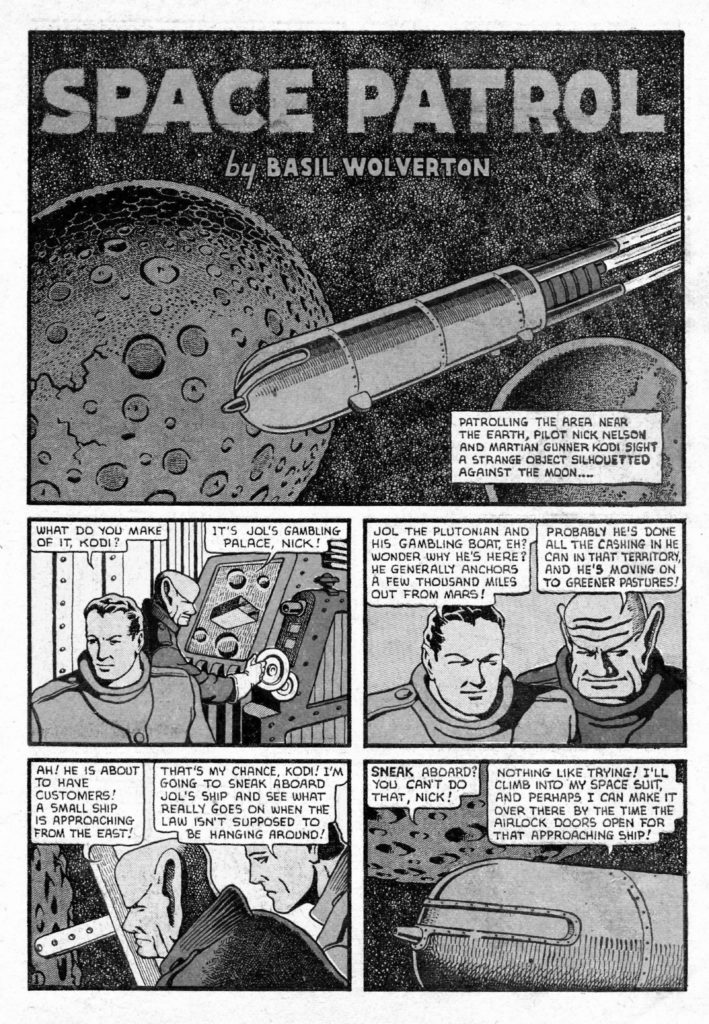 This collection includes all known installments of Space Patrol, all of the Space Adventure installments of Space Hawk, and a very limited selection of the absolute best of the WWII era stories. (There are also a few surprises thrown in.) The comics are presented in black-and-white, and bound in to an 8.5 x 11  volume. Each page has been painstakingly restored, and is presented in the highest quality available anywhere.
I could not be more excited to share this collection of stellar (punintentional) comics with the world. 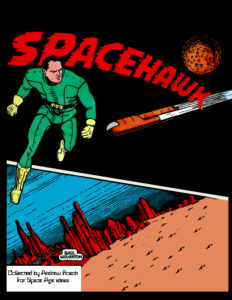 There are no reviews yet.

Be the first to review “The Essential Golden Age Collection: Space Hawk and Space Patrol (By Basil Wolverton)” Cancel reply 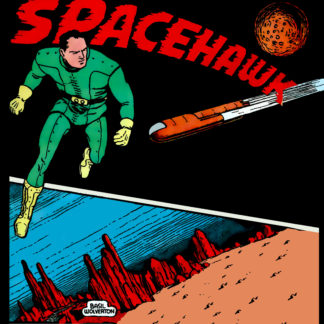